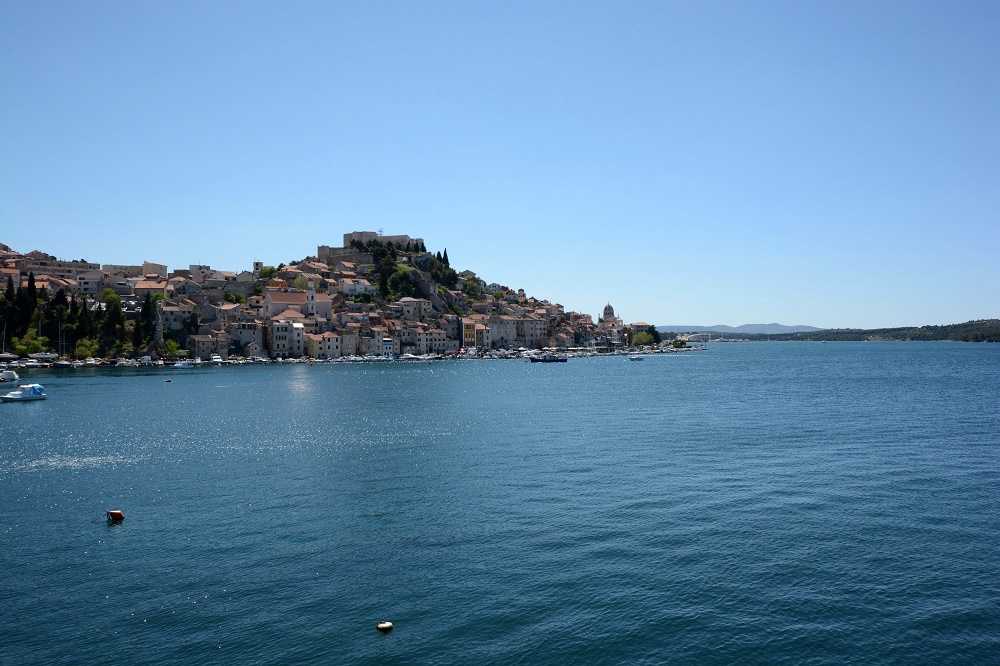 If you decided to visit this part of Croatia with Zadar, Sibenic and the Kornati islands it is probably not a coincidence. Northern Dalmatia is probably the one with the most concentration of highlights of the adriatic travelers than most other parts. Along the coast are beautifully preserved medieval towns above some of the clearest waters in Europe, while offshore are thousands of islands with ancient stone villages and enticing coves. The focus of your attention and your first destination should be town of Zadar with it’s mix of history from the Romans and the Venetians until our days. Besides Zadar, Sibenik is the other single most important port of interest for any sailor adventuring him or herself into this part of the Adriatic, but visiting Primosten, Trogir and Kornati is also highly recommended.

The cruising season opens on Easter but the peak season starts in mid-July when lot of Italian and german yachts invade the coast. During peak season it is often necessary to arrive early to find a berth, and you’ll need a back up plan in case your first choice is full. In the third week of August the visitors disappear just as quickly, leaving the area to the Germans and Austrians who have different holiday times than in southern european countries. All is quiet again through September and October.

The area of North Dalmatia stretches from the Kvarner Riviera down to Split, Croatia’s largest coastal city. Sometimes overlooked as a holiday destination in favour of the more famous resorts and islands further along the coast, the North Dalmatian region has much to offer visitors. The area contains the beautiful coastal towns of Zadar and Trogir, both of which which are lovely to base yourself in.

The most important marinas

Zadar is the main city in North Dalmatia with over 76,000 inhabitants. Most famous for its old town, which is in a peninsula that is completely for pedestrians – no cars allowed, the town has numerous Roman and other wonderful sights, so it’s a must see for every adriatic sailor.

The great wall of the old town has many parts worth visiting, such as the Mainland Gate which connects this part of the city with the rest, the Captain’s Tower, which dates back to the 13th century. The Port Gate which is on the northern side was built in the 16th century.

In the centre of the Old Town is St Donatus Church which was built at the beginning of the 9th century, using some stone from the Forum, and stands at 27m high. The nearby you can find he Church of St. Mary as well as the Cathedral of St. Anastasia also from the 13th century. The belltower of the Cathedral of St Anastasia – which is actually located almost next to St Donatus Church – can be climbed for fantastic views over Zadar, out to sea and particularly over the people strolling down below on Kalelarga, which is the old town’s main street. The Forum in Zeleni Trg is believed to have been built between 1st century BC and 3rd century AD and used to be 95m by 45m in size. Today, little of it remains apart from the paving stones and some walls, as well as a 14m high column to which, up until 1840, the town’s offenders were chained to suffer public humiliation. However smaller, the Forum remains Zadar’s main square.

POI# The Sea Organ and The Greeting to the Sun

These two unusual and modern sights are located next to each other by the sea on Istarska Obala. The former is an art installation that is a collection of glass plates set in a large circle, under which are solar elements that “charge” during the day and then power the numerous lights in the evening. The latter is a collection of assorted pipes under the steps by the harbourfront that “play” chords as the waves come in and out.

Sibenik is a unique town in a sense, that it’s past lies neither in Roman nor Greek origins. The town of some 50 000 in population has Slavik origins from the 11th century, and although it is small, it is one of the most beautiful places to visit in Northern Dalmatia.

The cathedral was built between 1431 and 1536 from limestone and marble. The early stages of the cathedral were designed and built by Italian masters, but between 1444 and 1447 construction work was under the direction of the famous Croatian sculptor Juraj Dalmatinac. Several other churches are worth visiting, such as the Church of St Barbara and the Church of St Nicholas. 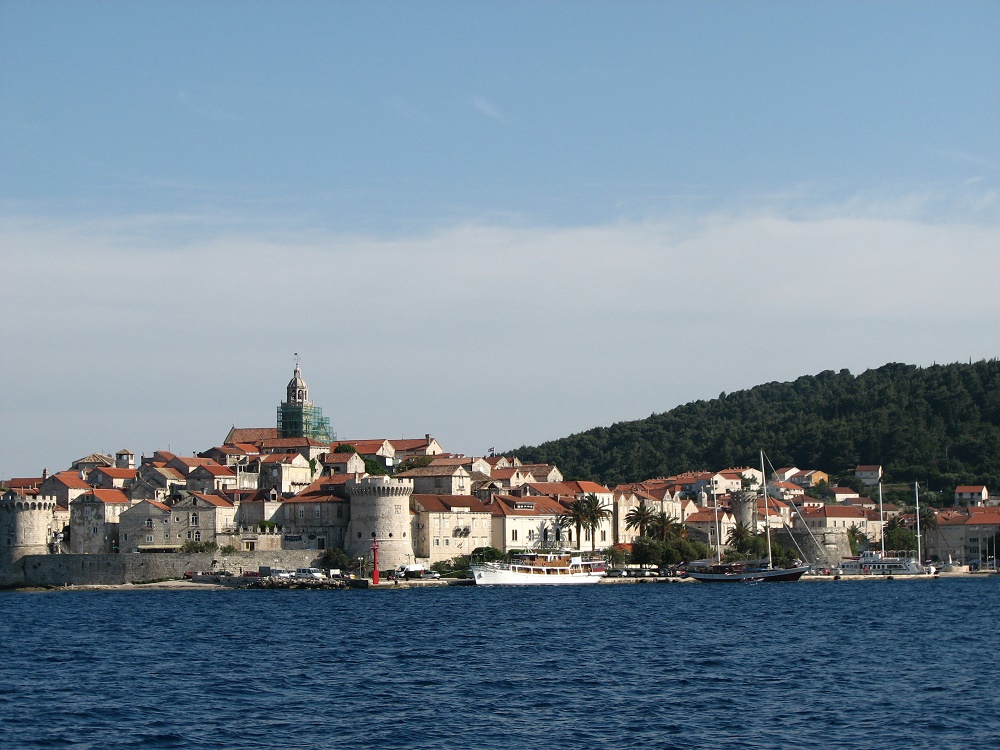 Close to Sibenik is the popular port of Primosten. The town was originally an island but it was attached to the mainland in the 16th century. For many visitors Primosten is more like a resort, with many facilities and beaches, and because of it’s location as well, it serves as a base to visit other nearby places of interest. 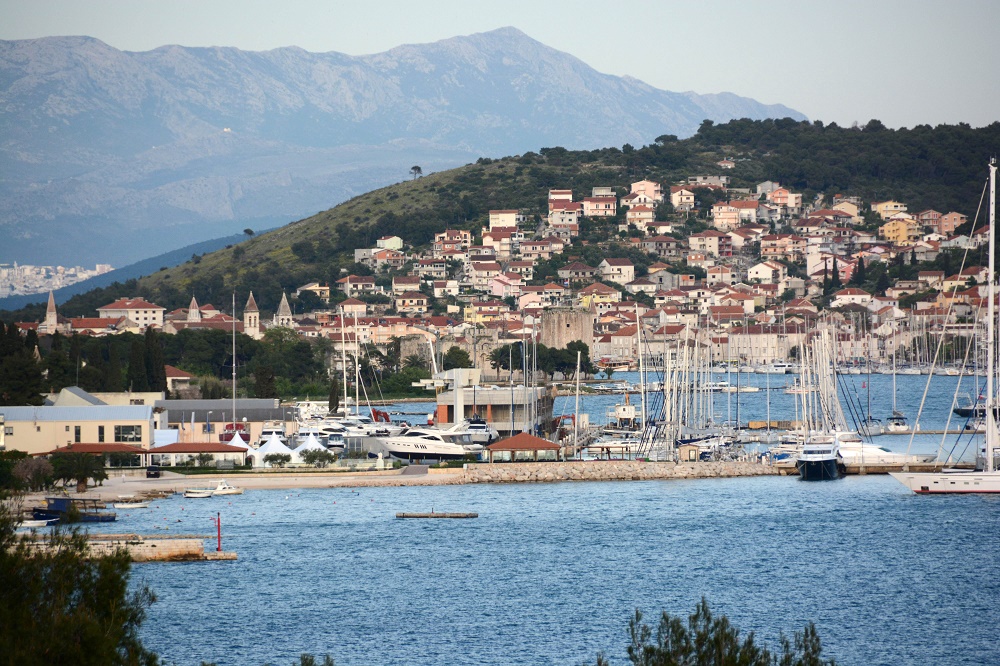 Trogir is another beautiful small town near Sibenik (and Split) is home to a number of fascinating historic sights, the best of which is the Cathedral of St Lawrence. Its proximity to Split Airport also means that Trogir is very easy to reach. Originally a Greek settlement from the 3rd century, had magnificent city walls from the 13th and 14th centuries which is only partly visible nowadays. The main attraction  in the city is the cathedral from the 13th century with its bell tower from the 15th century.

This group of islands is situated in the central part of the Croatian Adriatic, between Šibenik and Zadar islands. Because of its exceptional landscape, interesting shapes, diversity of the coastline and especially because of the rich marine ecosystem, greater part of the Kornati maritime zone has been declared a national park in 1980.

7-day trip from Zadar to Split

Day 4. Skradin (near the National Park & waterfalls of Krka)

Bad weather: When a cold front approaches from the west this usually means South/South-East winds starting light and, over 2/3 days, gradually increasing, veering and finally going North West as the front goes through. The process often finishes with a North East bora wind reinforced by the mountainous coast. Periods of thunderstorms are quite common in the northern Adriatic, and can be particularly violent, generating tornados where (for brief periods) winds may reach 40kts, and reverse direction in a matter of minutes as the tornado passes through.

Predominant wind, the Bora: very strong, cold Northeasterly wind from the mountains from Croatia and Trieste. It could be a a seriuos threat to navigation but in summer there is very little chance of Bora winds. During winter there is a bigger chance for a Bora that usually lasts 12 hours, maybe 2 days with local gusts up to 40, 60 knots. For more on the Bora, visit Weather Online http://www.weatheronline.co.uk/reports/wind/The-Bora.htm

Good weather: during the summer months it is a general consensus that the Adriatic is a light wind area. Sea breezes may reach a Beaufort5 in the afternoon that drops by night. Land breezes my develop lighter (Beaufort3) in the morning.

Predominant wind, the Jugo: Southeasterly, warm wind. It blows across the Adriatic when a cyclone develops over the Adriatic area. It brings clouds and rain. The air pressure drops. It develops slowly and it can usually be noticed two or three days in advance. It usually lasts longer than Bora, five to seven days, and even longer in winter.  There is a possibility of the so called dry Jugo, when it blows for a couple of days without bringing rain. Unlike Bora, Jugo is a constant wind that gradually gains strength.

The Mistral: Mistral is a “benevolent”, a friendly wind looked forward by especially sailors and all those who enjoy the summer season under its breeze. Mistral is a daily wind blowing from the northwest and created by the differences in temperature between the mainland and sea. It is fairly frequent from spring to autumn and strongest in July and August. It usually starts blowing around 9 or 10 in the morning, reaches its highest strength in the afternoon and fades at sunset. Mistral is generally weaker in the north Adriatic than in its south.