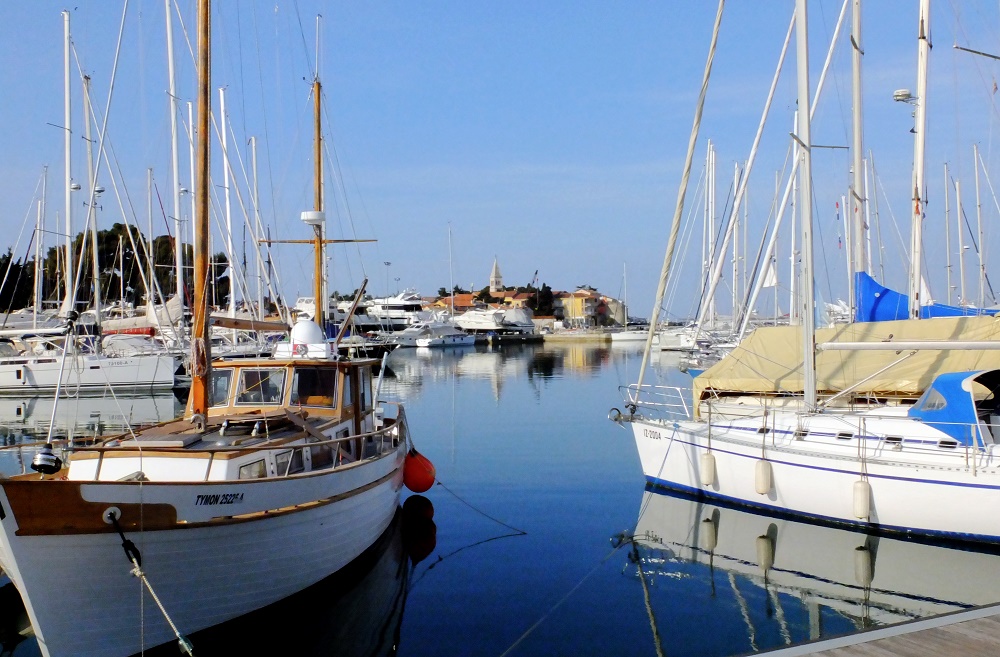 This heart-shaped piece of land is Central Europe’s closest coastline of the Mediterranean Sea stretching south from Triest until the lighthouse of Porer (the most southern point of the peninsula near Pula) and north from there until Rijeka in 445 kilometers. The Istrian coast – or Blue Istria as they call it lacks the appeal of out-of-the way sandy coves, which you will find on the Dalmatian islands. The charm of the Istrian seashore is the rocky coastline in which you can find ports in compact towns like Porec and Rovinj with small alleys grouped around medieval churches.

The cruising season opens on Easter but the peak season starts in mid-July when lot of Italian and german yachts invade the coast. During peak season it is often necessary to arrive early to find a berth, and you’ll need a back up plan in case your first choice is full. In the third week of August the visitors disappear just as quickly, leaving the area to the Germans and Austrians who have different holiday times than in southern european countries. All is quiet again through September and October.

If you have turned your boat’s rudder direction to Istria, your main ports of interest are Pula and Rovinj, but the first port coming from the north (direction Slovenia) is Umag, where you have to stop for a log in, if you are coming from international waters or another country. The big ACI marina is a recommended starting point for a yacht charter in Croatia. Further south, offering plenty of moorings in the newly developed marina is the town of Novigrad. Marina Laguna is also in Novigrad, but in the old harbour. There are several marinas around the picturesque town of Porec, including Marina Cervar-Porat to the north and Marinas Parentium and Funtana in the south – seven miles south of Novigrad.

After the small town of Vrsar, you will arrive to one of the most beautiful towns of the north Adriatic sea: Rovinj. Dropping your anchor in Rovinj and spend a few nights is more than expedient before heading to Pula. Located near the tip of the Istrian peninsula, Pula with it’s large harbour is Istria’s boating mecca. It’s ACI marina and the marinas of Veruda, Pomer and Medulin offers plenty of mooring opportunities for sailing enthusiasts. Pula’s 3000 years old town with it’s great Roman amphitheater is a must see for every sailor in the Adriatic together with the nearby islands of Brijuni.

Pula is also a great port to start your yacht charter tour, because you can either sail to the direction to the Kvarner Islands (Krk, Cres, Rab…) or sail along the East side of the Istrian coast which is a lot less crowded but offers great natural inlets that are ideal for overnight anchorings. Sailing around the peninsula and up to Rabac and Plomin Luka you will see why Croatia is known for its natural beauty. The beautiful hilly landscape extends up the coast to the popular and elegant resort of Opatija. The town boasts a good selection of hotels, dining choices and easy to access marinas.

The most important marinas:

Novigrad Marina is on the West coast of Istria in a town with rich historical and cultural heritage and one of the top Istrian gourmet destinations. Visiting the place it is worth seeing the baroque Rigo Palace of Novigrad and the seaside promenade running along the coast to the Novigrad marina. 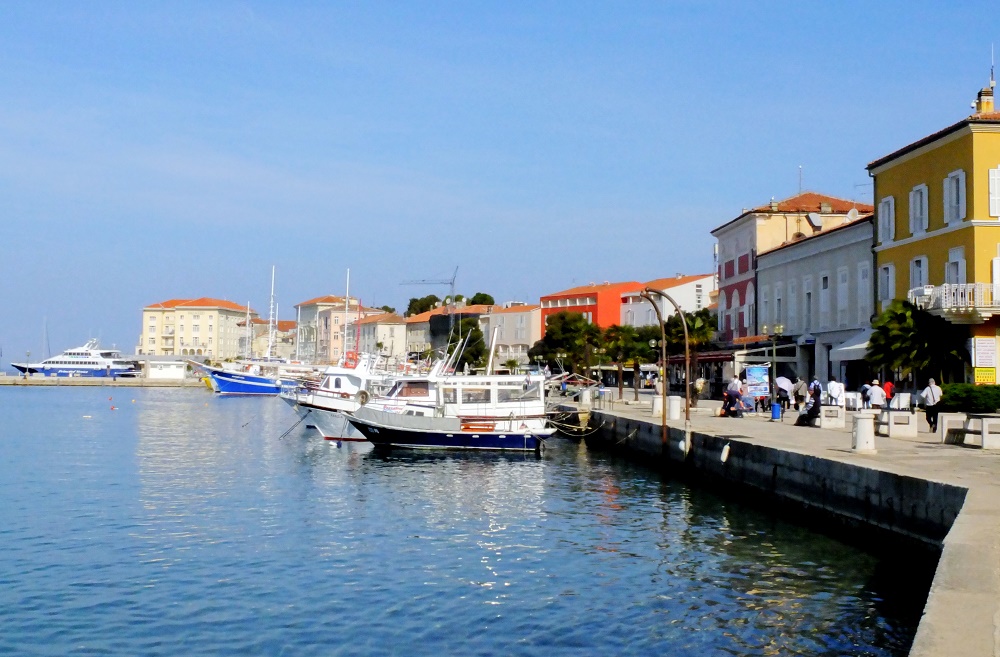 Marina Poreč is situated on the western coast of Istria. Walking in the streets of Poreč you can encounter the remains of the Roman sanctuary, Romanesque, Gothic and Baroque palaces. Those who are interested in active recreation can try carting, paintball, waterskiing, jet-skiing and mountain biking. Happy Charter Porec offers power boats to rent at the marina.
Cervar. Porat is located 6 km north from Poreč, a small coastal town. The beach is 1,5 km long and the sea is crystal clear. Ideal for for a family vacation because of the pines, rich vegetation and safe beaches. You can find cycling paths from Červar to Poreč and several tennis courts too in town. 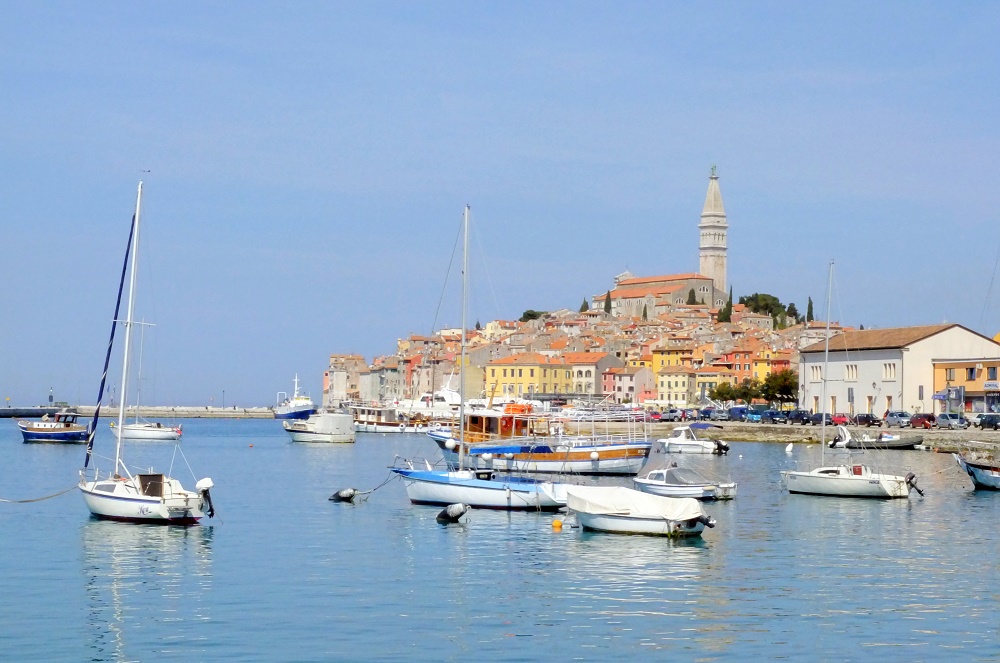 ACI Marina Rovinj is located in the South-Eastern part of the harbour only 1 km away from the centre. Visiting Rovinj it is worth seeing the old city center, the beautiful Forest Park Punta Corrente or the Church of St. Euphemia. 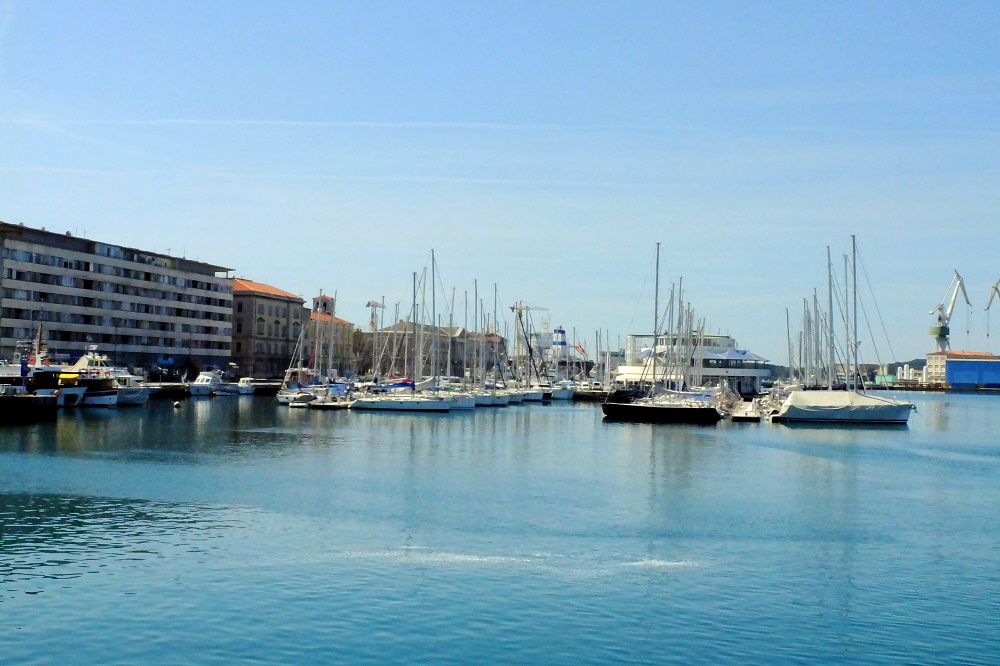 Pula is situated on the southern part of the Istrian peninsula. The city has many historical sights, among them the most popular is the Roman amphitheatre. Approxiamately 1 km south of Pula there is the Verudela Peninsula, where 190 kilometres of mixed beaches can be found. 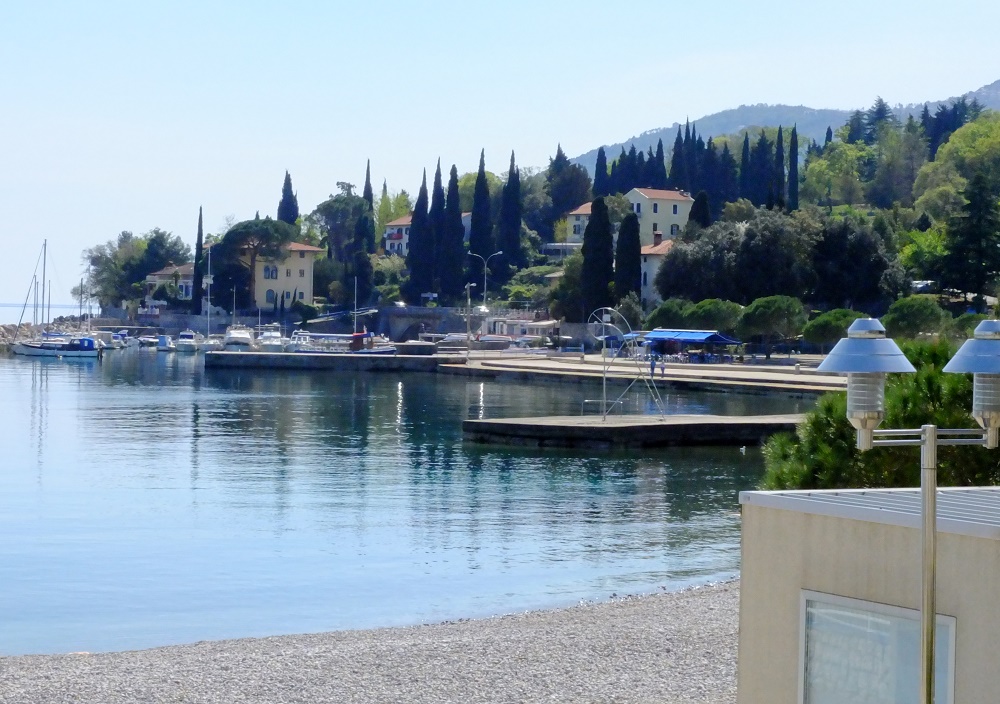 ACI Marina Opatija is situated in the town of Ičići. The town has large partly sandy beach by the centre. The famous coastal walk, the Lungomare can be found in Icici. Concerning sports activities, you can choose from tennis, volleyball, football, badminton, water polo, hiking and cycling.

7day-trips
1. Pula-Pomer-Opatija-Punat-Koljun: From Pula you can sail to the small and tranquil village of Pomer. On day 3 sail onwards to Rabac and be sure to stop for some fresh seafood. On day 4 sail to Opatija, passing numerous quaint villages with their old villas and summer waterfront residences. Day 5 cross over to Punat and spend your last days visiting the sites such as the Franciscan monastery on the island of Koljun.
2. Rovinj-Pomer-Pula-Novigrad-Porec-Rovinj: For another 7 day relaxed sailing trip you can start from Rovinj. On day 2 cruise to the bay of Pomer where the reefs and shoals have excellent snorkeling. On day 3 you can visit the beautiful old town of Pula then sail northwards to the small town of Novigrad. Stop to dine here at excellent fish restaurants and on day 5 head to Porec and set sail for your return to Rovinj on day 6.
3. Veruda Bay-Susak-Premuda-Mali Losinj-Pomer-Rovinj: A different sailing itinerary from Rovinj for 7 days is beginning your yacht charter in Veruda Bay. On day 2 sail over to Susak Island. After swimming at the sandy beaches here, sail on day 3 to Premuda. On day 4 visit the bustling town of Mali Losinj and on day 5 sail back to mainland to Pomer before returning to Rovinj on day 6.”

This area of the Adriatic Sea is not far from the predominant North and Central European weather systems.