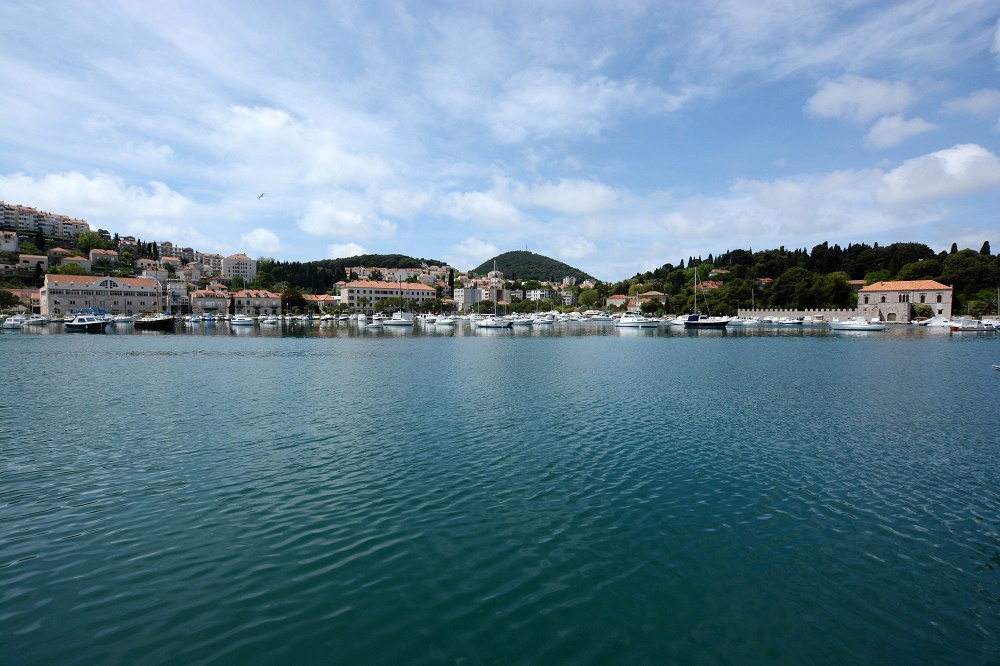 Sailors are yet to discover the estuary of the river Neretva and the nearby Peljesac Peninsula, which is famous of its wines and the tradition of farming shellfish which date back to Roman times. Further south is Dubrovnik, not to be missed for its stunning architecture, and a popular destination for Croatian sailing holidays. If you are a Game of Thrones fan you will find familiar the medieval setting of the town which is without exageration one of the world’s most beautiful cities. George Bernard Shaw said once: “those who seek paradise on Earth should come to Dubrovnik”, as well as, famously, describing it as “the pearl of the Adriatic”.

The cruising season in Southern Dalmatia opens on Easter but the peak season starts in mid-July when lot of Italian and german yachts invade the coast. During peak season it is often necessary to arrive early to find a berth, and you’ll need a back up plan in case your first choice is full. In the third week of August the visitors disappear just as quickly, leaving the area to the Germans and Austrians who have different holiday times than in southern european countries. All is quiet again through September and October.

Where to go – the most important marinas

The ACI marina is located up the Rijeka Dubrovacka, North of the city, as is Gruz, the commercial port for Dubrovnik, also a major ferry port. The Old Town of Dubrovnik and its many sights, including the well-preserved city walls along which you can walk, is one of the top attractions here that will keep you busy and wandering for days. If you are visiting in the summer, do not miss the world-renowned Dubrovnik Summer Festival! All of the old town is a must see, but the most important sights are:
POI# The city walls were originally constructed in the 10th century, although fortified considerably in 1453. They are 3m thick along the sea wall, and 6m thick inland. The Old Town has fortresses at its four corners, which are the Minceta Tower, Revelin Fortress, St John’s Fortress, and Bokar Bastion.
POI# Onofrio Fountain, built in 1438 standing at the beginning of Stradun, the main street crossing the city. When entering the city through the Pile Gate this is what you will first see.
POI# The Franciscan Monastery, with one of the oldest functioning pharmacies in Europe, in operation since 1391. At the other end of the Stradun, you will find the locals’ favourite meeting place:
POI# the Orlando Column, with the nearby Sponza Place and the baroque Church of St. Blaise. Here also is the Rector’s Palace, built in 1441, which is now a city museum packed with valuable and historic exhibits.
POI# Sponza Palace: Constructed in 1522 – a survivor of the 1667 earthquake – the Palace has had a variety of uses over the centuries, including where the Republic of Ragusa minted its currency. These days, it houses the city archives upstairs whilst downstairs is used for exhibitions and during the Summer Festival. It also houses a permanent exhibition named “Memorial Room of the Dubrovnik Defenders”, a memorial to those Dubrovnik citizens who lost their lives during the war between 1991 and 1995.
POI# The Church of St Blaise: a Baroque church, built between 1705 and 1717, which features a silver statue of the Dubrovnik patron saint on the altar, holding a model of the city, which is brought out each year during the Festival of St Blaise. The stained glass windows of the church are relatively recent, having been added in the 1970s.
POI# The Cathedral: The cathedral currently standing dates from 1673, designed by Roman architect Andrea Buffalini to replace the original 12th century cathedral which was destroyed by the earthquake. The Treasury of the cathedral is home to the skull of St Blaise which has been encased in a jewel-encrusted crown.

Mljet is a beautifully quiet, unspoilt island, and well worth a day trip from Dubrovnik. The majority of the island is covered with thick forest, and western part of the island is a National Park. Explore the lakes Veliko Jezero and Malo Jezero (“Big Lake” and “Small Lake”) within the National Park renting bikes in the port, as well as enjoying the nature and wildlife of the park and island in general.
Peljesac

In this narrow and lovely peninsula you can find a number of small towns and villages in its rocky landscape. The largest is Orebic which is at the northern end or Veliki and Mali Ston. Your port of destination is at Trpanj which is in the northern part of the peninsula. If you are sailing from Dubrovnik to Peljesac, you will have to round the north-western tip of the peninsula after crossing the narrow strait between Peljesac and Korcula.

Bad weather: When a cold front approaches from the west this usually means South/South-East winds starting light and, over 2/3 days, gradually increasing, veering and finally going North West as the front goes through. The process often finishes with a North East bora wind reinforced by the mountainous coast. Periods of thunderstorms are quite common in the northern Adriatic, and can be particularly violent, generating tornados where (for brief periods) winds may reach 40kts, and reverse direction in a matter of minutes as the tornado passes through.
Predominant wind, the Bora: very strong, cold Northeasterly wind from the mountains from Croatia and Trieste. It could be a a seriuos threat to navigation but in summer there is very little chance of Bora winds. During winter there is a bigger chance for a Bora that usually lasts 12 hours, maybe 2 days with local gusts up to 40, 60 knots. For more on the Bora, visit Weather Online http://www.weatheronline.co.uk/reports/wind/The-Bora.htm

Good weather: during the summer months it is a general consensus that the Adriatic is a light wind area. Sea breezes may reach a Beaufort5 in the afternoon that drops by night. Land breezes my develop lighter (Beaufort3) in the morning.
Predominant wind, the Jugo: Southeasterly, warm wind. It blows across the Adriatic when a cyclone develops over the Adriatic area. It brings clouds and rain. The air pressure drops. It develops slowly and it can usually be noticed two or three days in advance. It usually lasts longer than Bora, five to seven days, and even longer in winter. There is a possibility of the so called dry Jugo, when it blows for a couple of days without bringing rain. Unlike Bora, Jugo is a constant wind that gradually gains strength.
The Mistral: Mistral is a “benevolent”, a friendly wind looked forward by especially sailors and all those who enjoy the summer season under its breeze. Mistral is a daily wind blowing from the northwest and created by the differences in temperature between the mainland and sea. It is fairly frequent from spring to autumn and strongest in July and August. It usually starts blowing around 9 or 10 in the morning, reaches its highest strength in the afternoon and fades at sunset. Mistral is generally weaker in the north Adriatic than in its south.